The lava lamp was invented in 1963 by a British-born accountant named Edward Craven Walker. It is believed that this guy was drinking in a pub, and suddenly he came across a homemade egg timer made from some kind of shaker, which inspired him to this wonderful creation. He founded the Astro Lamp company and is also the founder of a renowned British lighting company.

This lamp called the lava lamp is a decorative item, tube-shaped light instrument with oily fluids that go up and down a lamp vessel similar to how actual lava behaves.

When the fluid rises and drops in the lamps chamber, it is seen to change shape and break into blobs of various shapes and sizes, giving a supernatural behavior of ever moving and changing patterns.

Many years came and passed and mankind remains fascinated as to what really is happening inside these lava lamps. These magnificent lamps consist of a wad of some specially colored wax mixture inside a glass vessel and the rest of this vessel contains clear or in some cases translucent liquid which in most cases is usually a mix of water and a transparent or opaque mixture of mineral oils or paraffin wax and carbon tetrachloride.

Lava lamps these days do not use carbon tetrachrloride because it was banned in that in the 70s,due to toxicity. Better replacements have been found and are currently being used.

These lamps are also known by many as liquid motion lamps but the most part call them lava lamps. They have been around for decades and are showing no signs of going anywhere. Their looks keep getting better from shape to style to different wonderful colors of wax and liquid blend springing to spice up this beautiful lamp.

The lava lamps behavior is due to the interaction of the various liquids contained in the lamp.Based on their density, fluids can be selected so that one of them tends to be afloat.In addition to choosing based on their densities, they are also chosen while capitalizing on their expansion coefficient.

This results in that after heating, one of the liquids rises or sinks before the other.Looking at all this factors, we can see that the key to perfect lava lamp architecture is in the selection of the appropriate immiscible fluids.

Though the exact compositions used in these lamps are a proprietary secret, one of the fluids is mostly water while the other is oil based in general terms. The water phase could be water mixed with alcohol or even other water soluble solvents.

The oily fluid must meet certain criteria of design requirements to be eligible for usage with the lamp.

Although how fluids are chosen will not change from one lamp to another, there are several specifications to be considered because these lamps come in different styles, colors and sizes. The perfect ratios of all the components in both the water and the elements of the wax need to be carefully calibrated to be sure the lamp will work as expected. At this point we must still be asking ourselves, how do lava lamps work?

What makes a lava lamp ?

Lava lamps are made possible due to a combination of mixing science to achieve a very simple result with a nice view. Lave lamps are made up of the following:

This blend can either be referred to as the wax or the lava. Which ever name you prefer is just okay. Other materials which could be applied in the place of oil ingredients include ethyl salicylate and diethyl phthalate.

Some additives used on the lamp fluids include various oils and water soluble colorants. The actual density of the water can be increased by adding salt. A hydrophobic solvent in some cases could be put to help the lava mix.

Turpentine alongside many similar paint solvents can work well too as additives. The rate at which lava warms could be increased by using antifreeze agents. A Glass Container These two different blends of fluid are all sealed inside a glass container which is heat resistant.

The glass container is a glass vessel which makes up the lamps body. The ideal lava lamp is shaped in an hourglass form of about 10 inches and 25.4 centimeters high.

A source of light Beneath the lamp is a bulb which heats up the tall glass container. This light source is placed directly beneath this glass container containing both mixtures. The source is used for the lighting and heating of the lamp.

The choice of bulb too is particularly important to make sure the wax is neither too hot nor less hot. Twisted metallic coil This coil performs as a tension breaker which can rejoin the wax blobs when they are done descending. It is here to transmit the heat from our source to the wax. 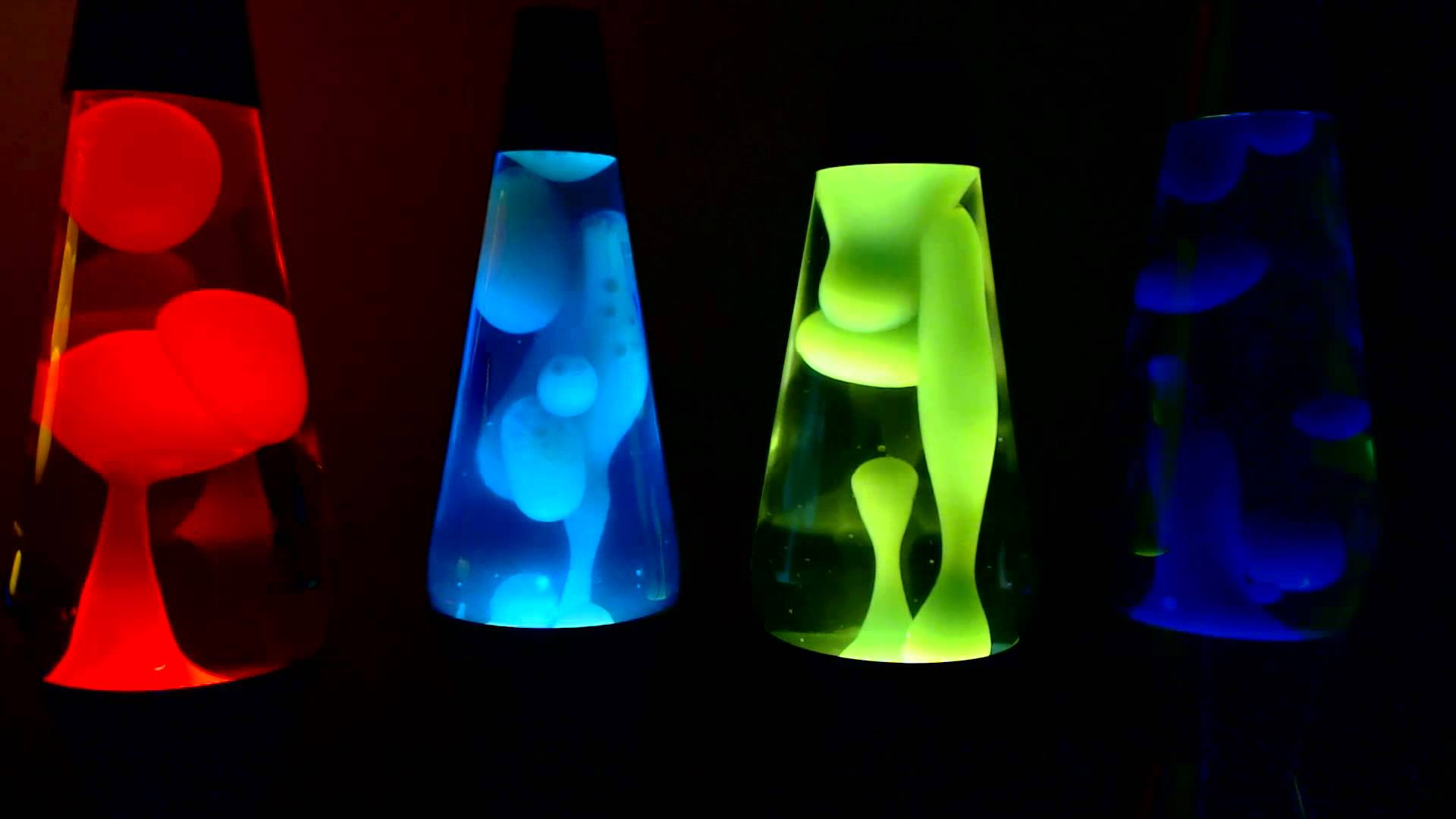 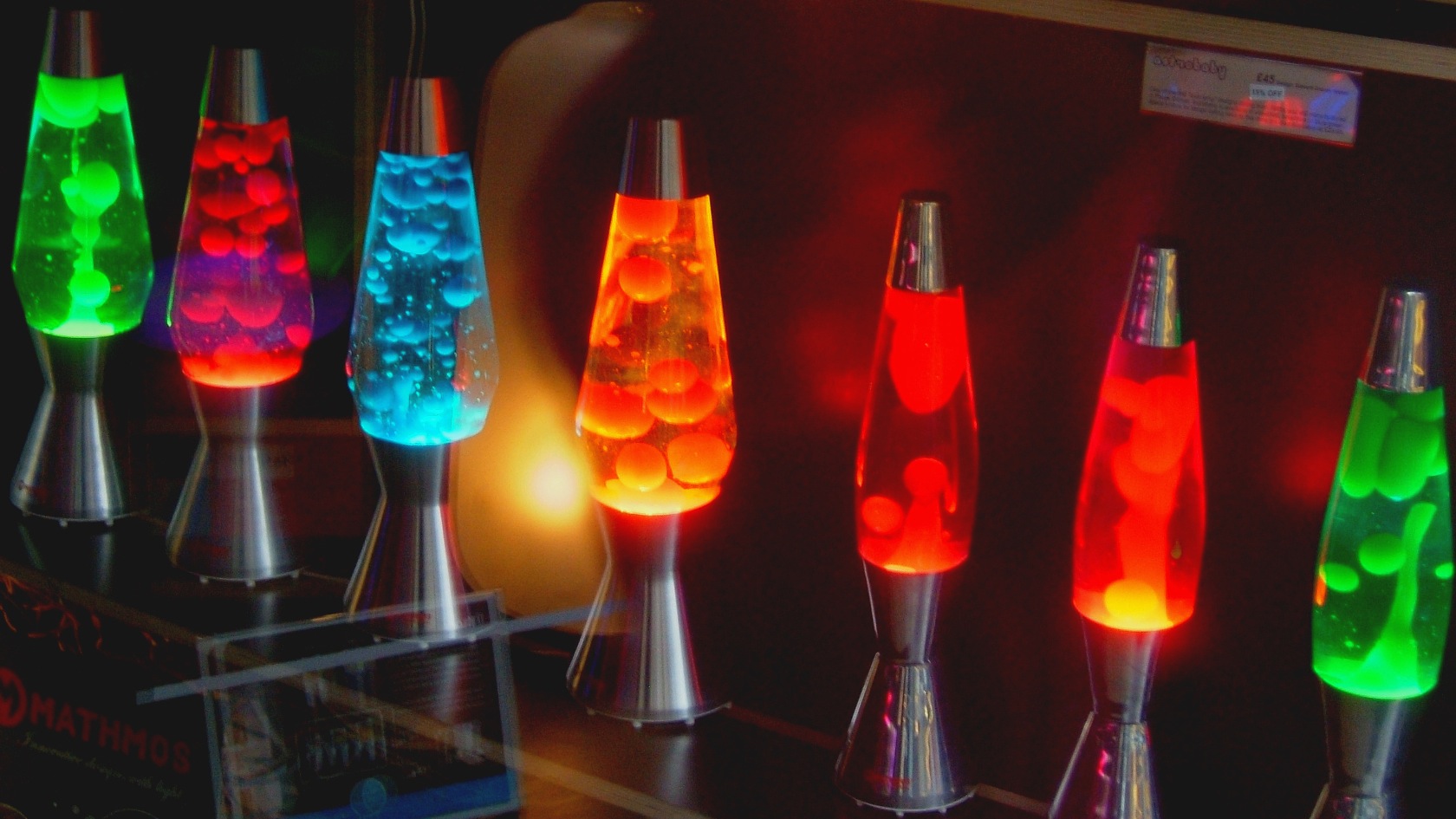 How a lava lamp works

As to how lava lamps work, it draws heavily from a famous law in physics called Archimedes Principle. This man stated that “When an object is totally or partially immersed in a liquid, there is an upward force acting upon it, which is equal to the weight of the liquid which is displaced how actual lava behaves.

When the”.Using this principle, we can now go ahead to see how this is actually illustrated by our lamps mode of operation. How a lava lamp works is a real life physics laboratory. It varies the density of bubbles and in turn varying their buoyancy.

Now we ask the big question.

How is the density varied?

The lamp uses the heat energy of the source to change the volume of the lava. It may surprise you that all the actions taking place in the lava lamp revolve around just this feature. Breaking the vessel in parts help us to really understand how this smart piece of technology is put in action.

Common wax has a density which is very much lower than that of water and it will always float on top in any temperature. Carbon tetrachloride on the other hand is heavier than water and is added to the wax to make its density at room temperature(25 degrees Celsius) slightly higher than that of water. A good reason why carbon tetrachloride is used is because it is nonflammable and also perfectly miscible with wax.

With this in mind, we can say that lava contains liquids with almost similar densities of which none can dissolve in the other,therefore complying to our ideal design requirements.

Now considering that the wax(lava) and translucent liquid are almost of the same density, with that of the lava being more than that of the liquid, we can quickly decipher that for equal volumes of water and wax, the wax is slightly heavier.

This means we can safely conclude that the wax will always be at the base of the lamp. Strangely enough, that is not the case. Just beneath the lamp, a light bulb is used to heat up up the wax.

The bulb is normally 25 to 40 watts.In the most part, it will take 45 to 60 minutes for the wax to warm up enough when operating at room temperature. If the room is below standard room temperature, it may take about 2 to 3 hours to heat up effectively. Heat is key to varying the wax density. When the bulb is lit, it heats up the metallic wire coil just above the bulb.

This coil transmits heat to the wax because it is the denser liquid and so, it absorbs the heat faster. The molecules of the wax become agitated and so, take up more and more room which results in expansion of these wax molecules.

The volume of the wax therefore increases even though its weight stays exactly the same.This makes the wax to be below the surrounding water in density and it no longer sinks. It rises now to the top, thereby putting Archimedes’ principle in action.

When an object like a wax bubble is immersed in water, it is pushed upward with a buoyant force, equal to that of the water being displaced. Water is pushing on all sides of the wax but the strongest push is upward because the water pressure increases as we move deeper. In other words, pressure increases with depth.

See also  Diwali lamps - 10 evolutions in the styling and design

Cool wax is heavier than the water it displaces, so it goes below right down the vessel.When the wax is heated, its volume increases, displacing more water thereby increasing buoyant force. The waters weight displaced by the heated wax bubble is now greater than the bubbles weight making the bubble float.

As the bubble rises through the lamp and moves further away from the bulb, it cools off and its volume drops. It therefore displaces less water and the buoyant force looses its strength. The wax is now heavier than the water its displacing and begins to go down.

The dropping wax goes in a pattern which is not regular, right to the bottom where the bulb heats it again and the cycle continues all over again. By using heat to vary the volume of the wax, the lamp makes water denser than it, and then makes water to be above its own density over and over until the light source is eventually turned off.

The variations are indeed tiny but they are still enough to make the wax bubbles alternatively float and sink freely with so much ease. All of the process happens in a slow fashion due to the fact that the rate at which heat is absorbed and the rate at which it is dissipated by the wax takes place in a very snail-like fashion, also taking into consideration that the density changes that occur in this phenomenon are really minute.

When the wax is melted, it should clearly be noted that the lamp should under no circumstance be in a shaky position or in one which threatens it from being pushed. If it is pushed , the two liquids in it may be forced to mix with each other which will cause the resulting liquid to be very cloudy as opposed to the normal clear liquid we would want to see.

Some rejoining of the blobs will occur as a part of the natural cycle of the actions of the wax while in the container. To solve such an issue, you may have to turn off your lamp and let everything get stable. In some extreme cases, it may entail you to be patient for several float to sink cycles in order for everything to come back to normal. It is also advisable to place the lamp on flat surfaces and also on high surfaces.

The lava lamp is a great masterpiece and has drawn lots of attention. You would not want to be the exception. Now you know, how do lava lamps work!