Egyptians have been innovators of many of the products that we use today – one such item being glass. Before the advent of glass, ancient Egyptian lamps were basic and floor-based.

These lamps consisted of a pot – ceramic or clay – on the floor containing several floating wicks. The wicks were made from twisted vegetable fibers and would float in olive or some other flammable oil. 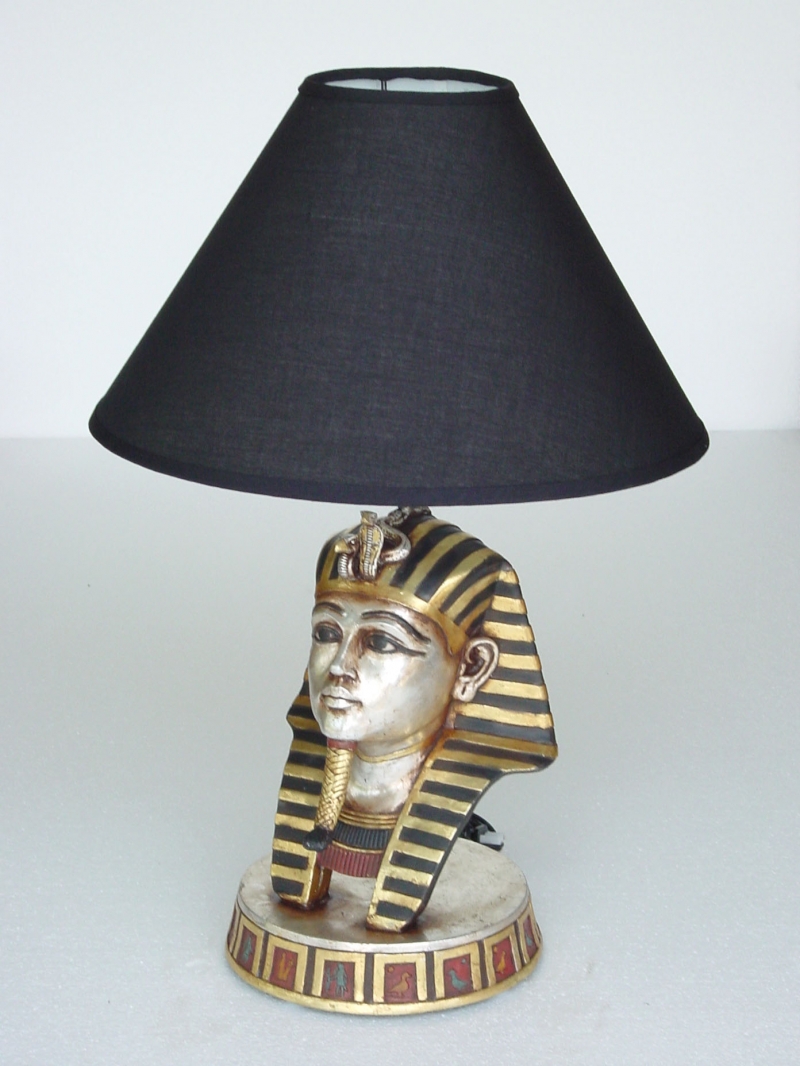 This would have made sense since an Egyptian statue lit from the bottom with an ancient Egyptian lamp would provide an ambiance of grandeur which would not be possible from an overhanging lighting source.

It was believed that glass-making started in Mesopotamia, but now after findings in Qantir, Egypt, it seems that this may have not been the case. It is now possible that glass-making may have actually originated in Egypt. Instead of importing glass, Egyptians were exporting glass in as early as 13 BCE which suggests very early manufacture.

Ancient Egyptians were also able to create red-glass which was rare because the glass had to be heated in the absence of oxygen to prevent oxidization of the copper. Today, red-glass still used to make embellished Egyptian lamps. 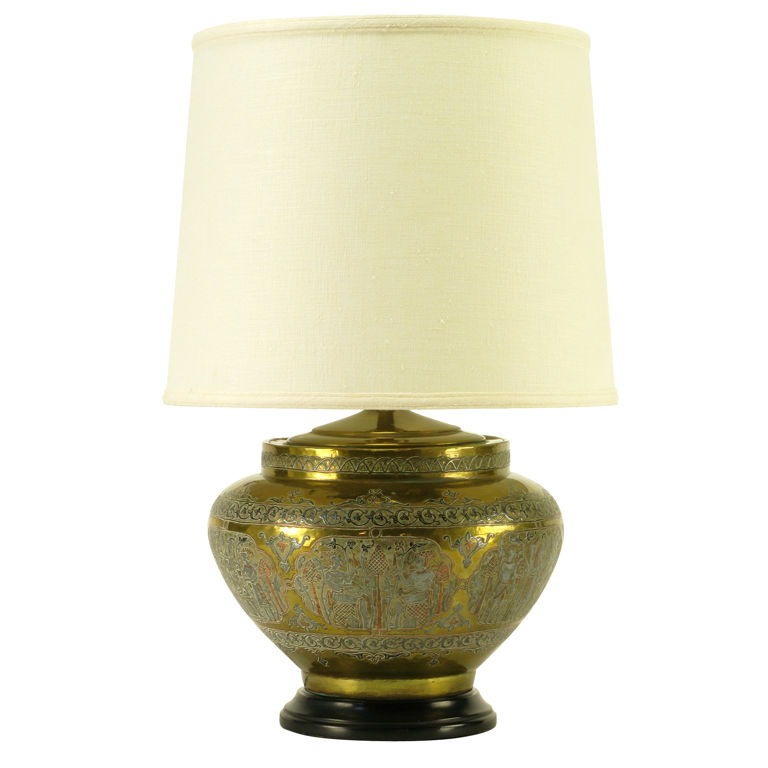 When ancient Egyptians came to find out the unique glass-making techniques of other cultures, the artisans were taken as slaves to Egypt to make glass. This may explain why Egypt has developed such a rich flavor of lamp design.

Glass was used in those times to beautify in the form of pendants and beads for jewelry and mosaics for furniture.

Recall that ancient Egyptians used pots for lighting and glass for beautification. Modern times sees these two facets bonded together resulting in exquisite floor lamps and pendant lights which hang from the ceiling. 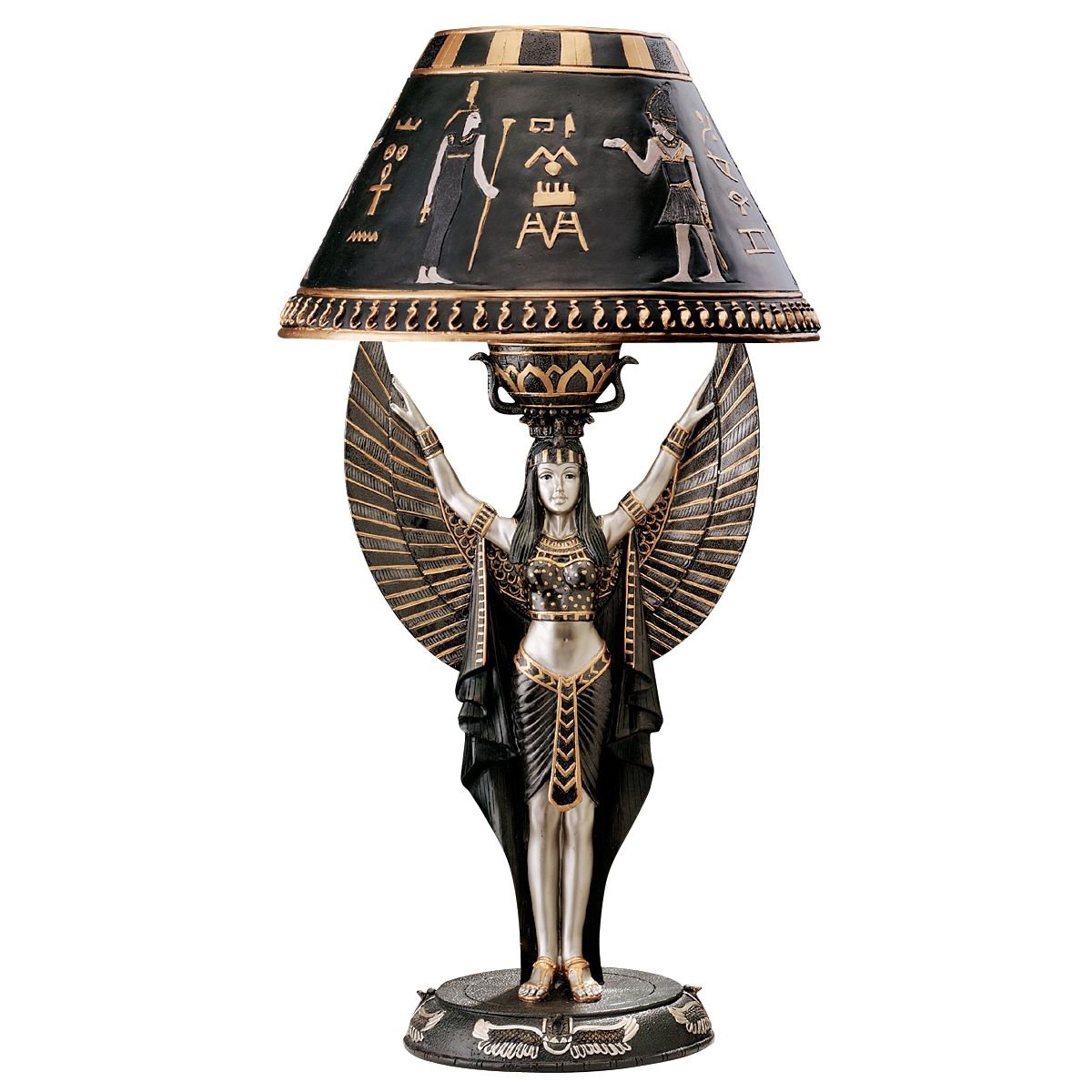 Floor lamps are cylindrical and intricately designed with detailed mosaics to provide beautiful shadow patters once lit. Ceiling glass lamps are also mosaic and seem to take on a pendant sort of shape.

Egyptian lamp designs are sure to enhance any room in the home giving it a very expensive and tasteful atmosphere. 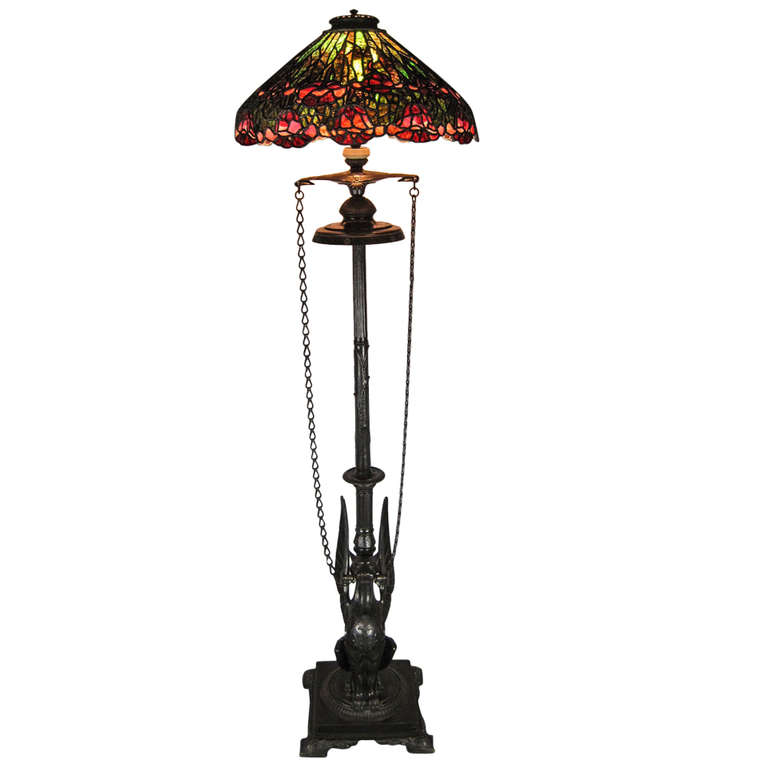 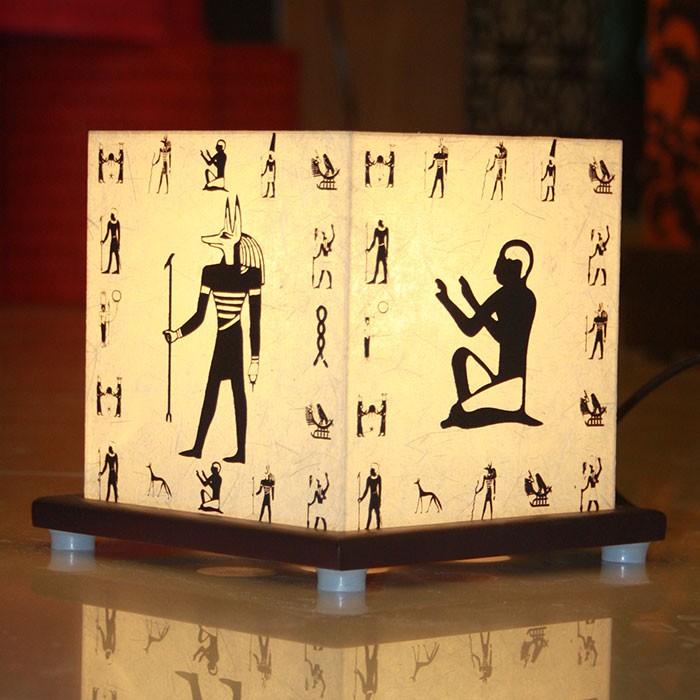 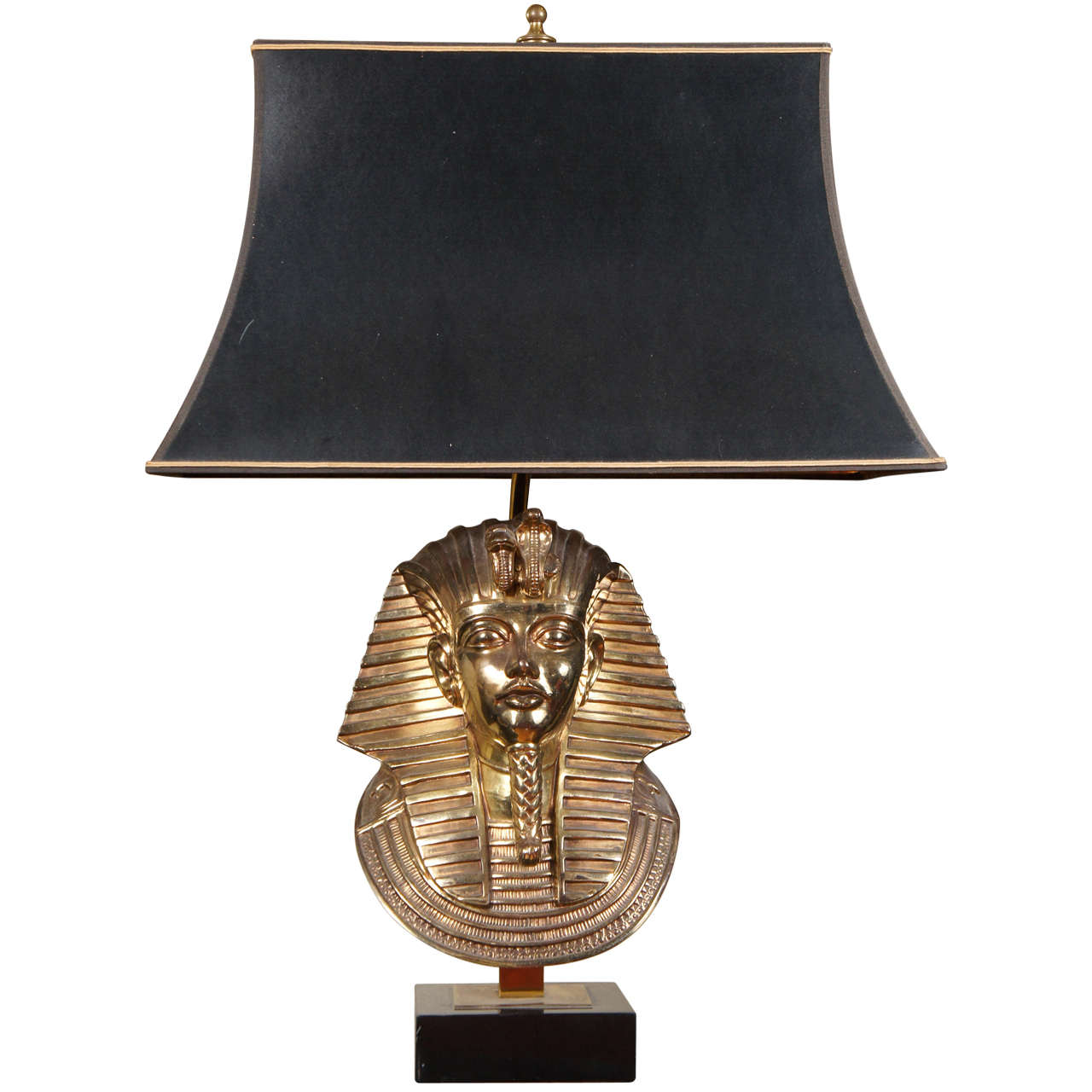 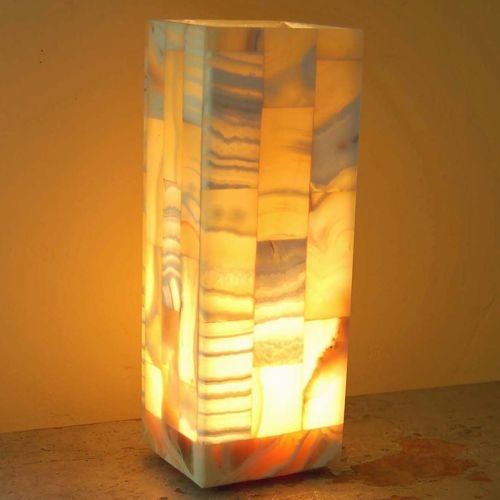 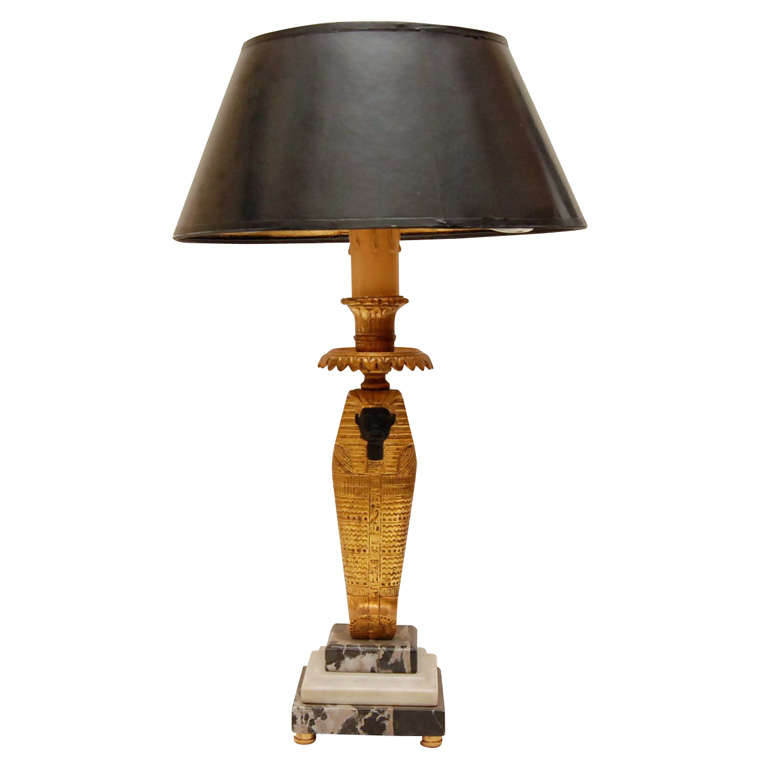 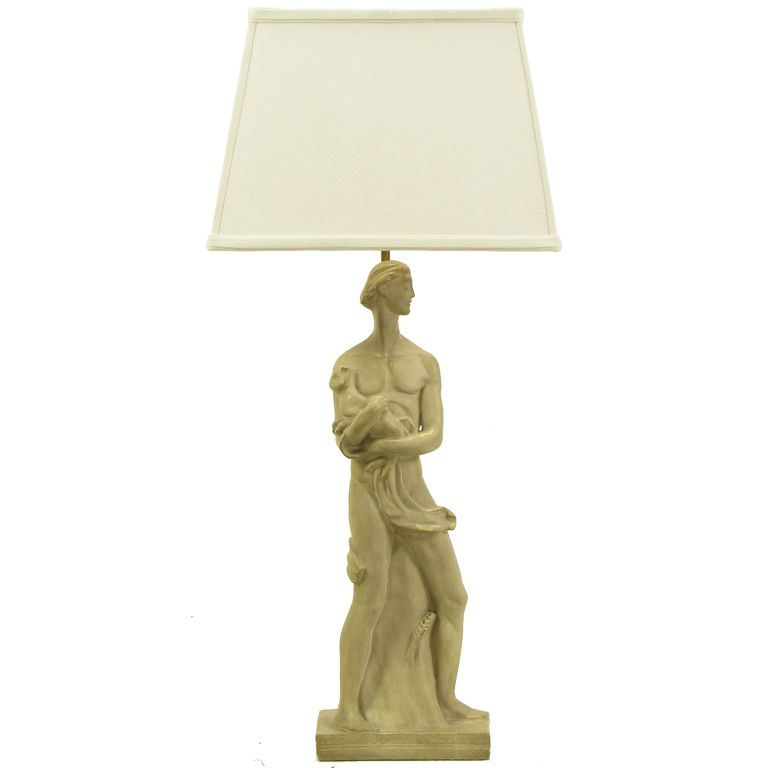 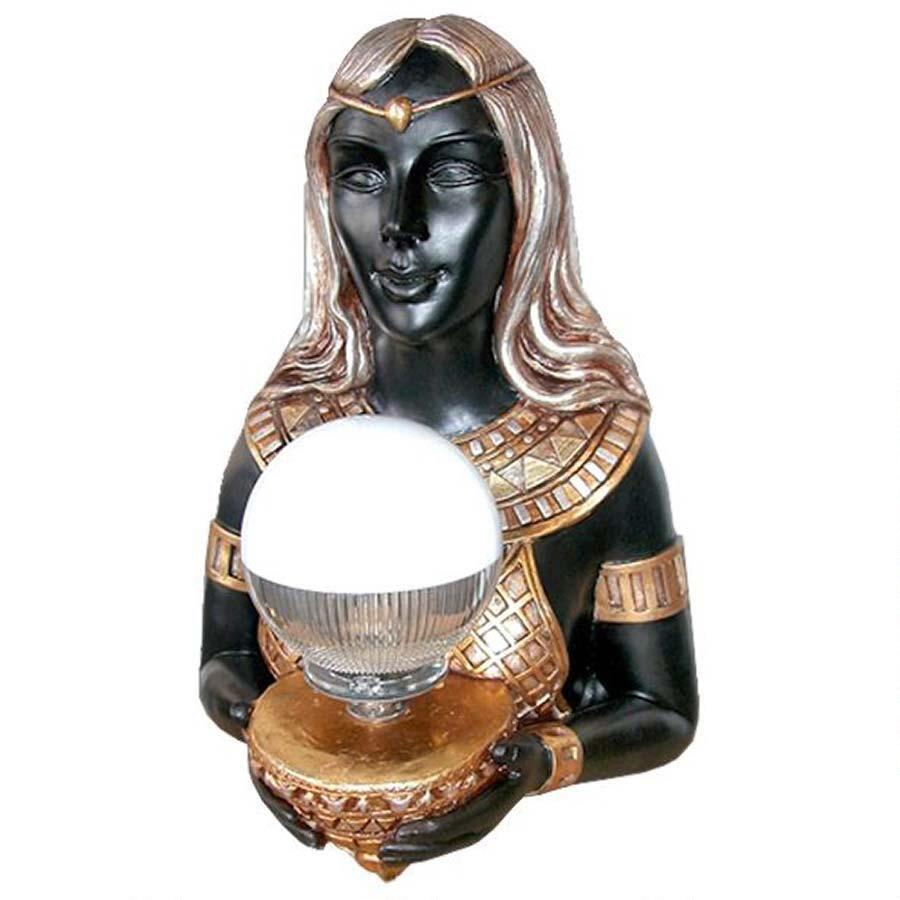 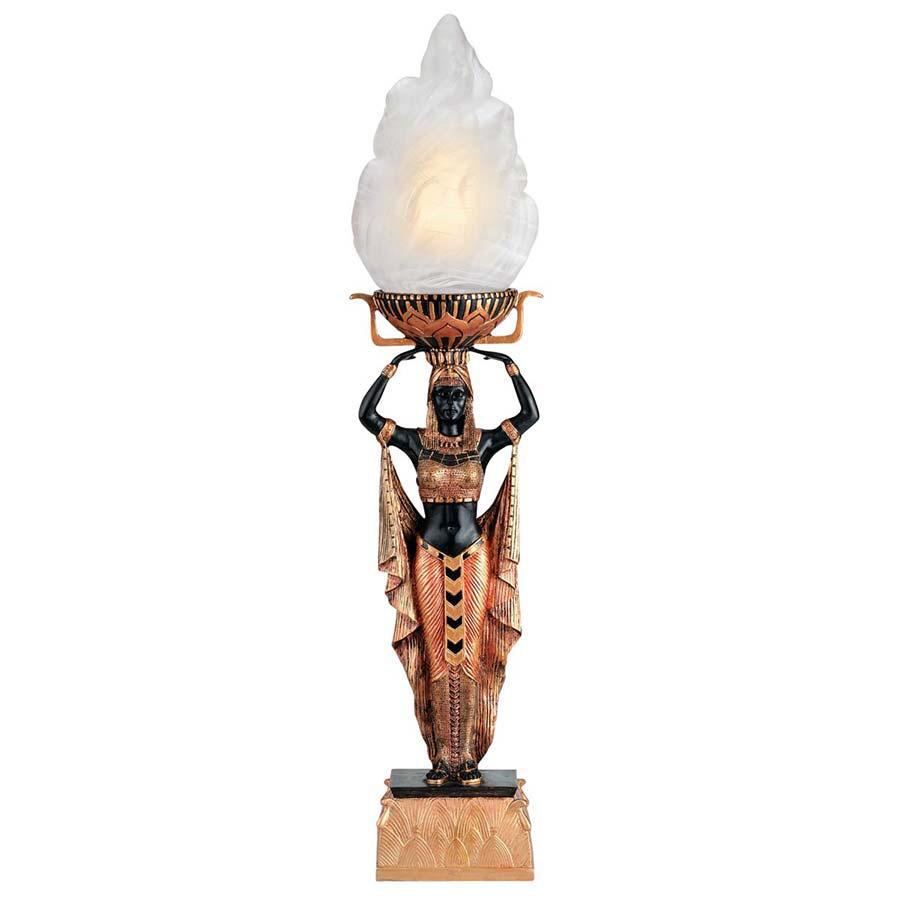 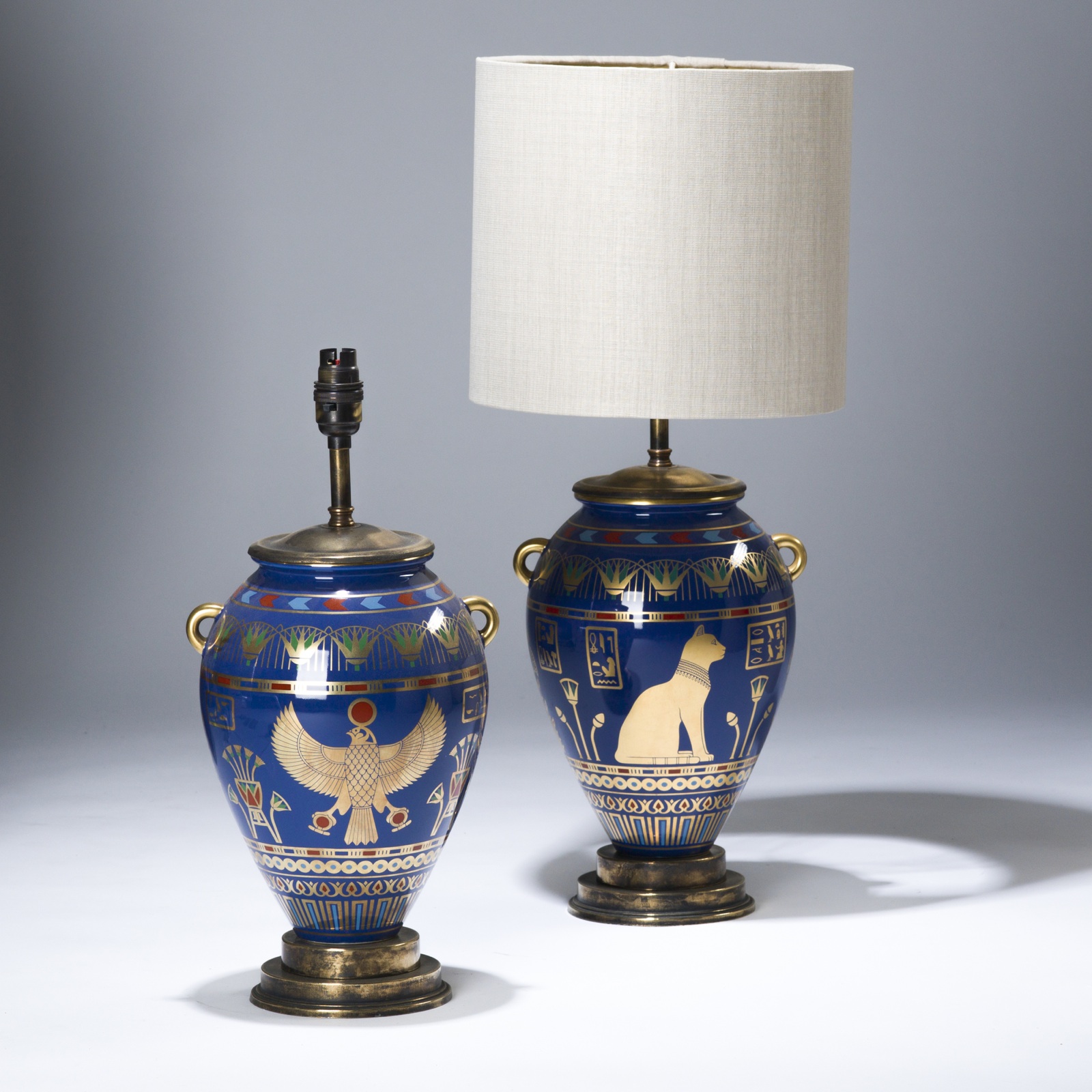 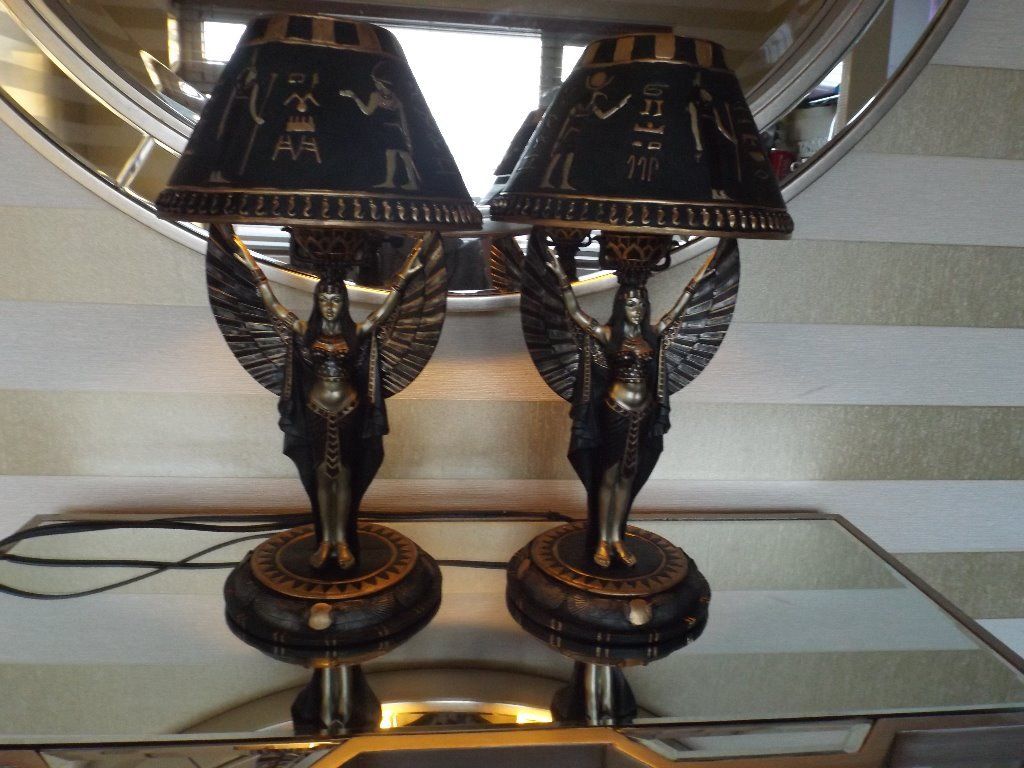 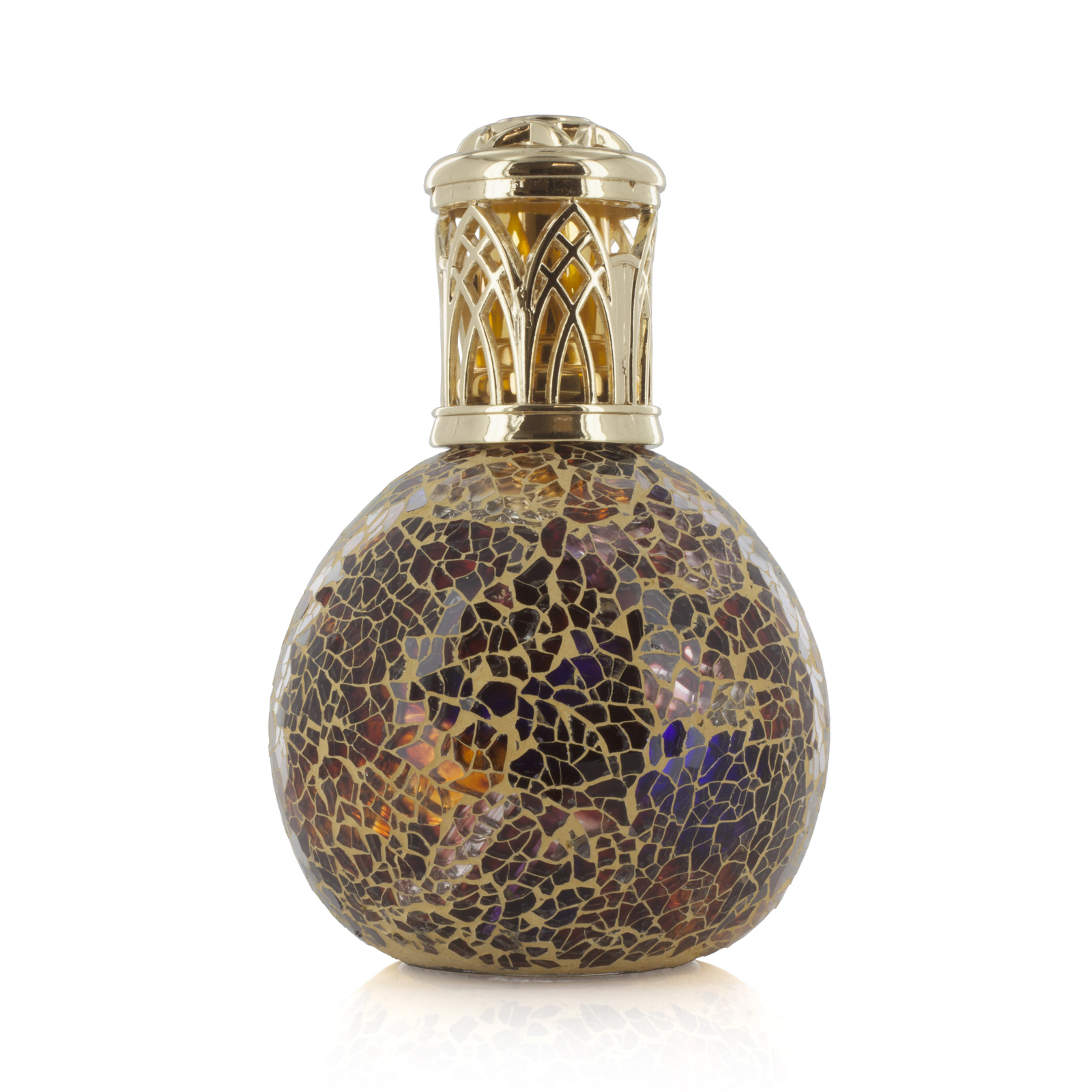 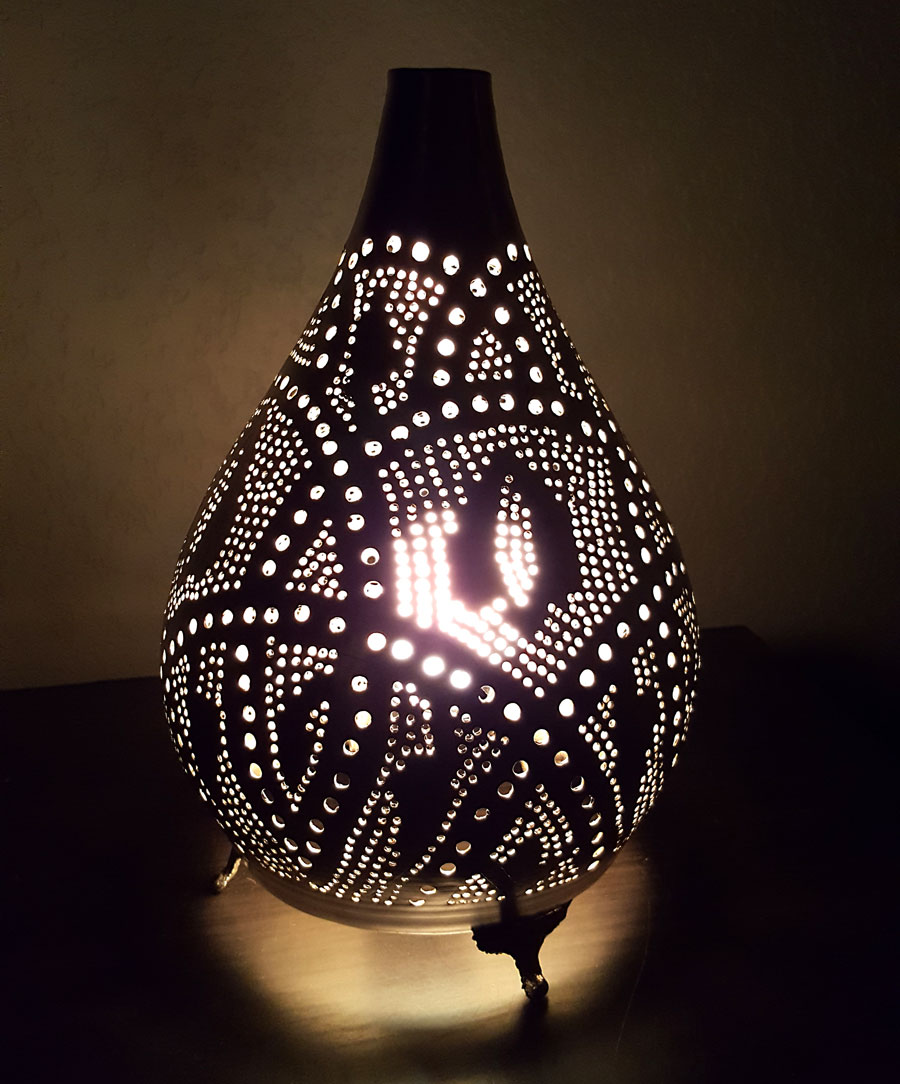